Codebender:ESP hits Kickstarter: 5 reasons to back it now!

Codebender has just launched a Kickstarter campaign for codebender:esp, a newly IDE that supports ESP boards.

If you don’t know about Codebender, it is a cloud based IDE for Arduino, where you code your Arduino boards without the need to download an IDE, so you can share and embed your code online like this:

How is that convenient? I find it very handy in 2 things:

First, you don’t need to download libraries and import them into your offline IDE.

Second, we use it a lot when we do any workshops at universities, students just work online without having to download or share the +90 MByte Arduino IDE.

The ESP8266 is a low-cost Wi-Fi chip with full TCP/IP stack and micro-controller capability. It is very common among makers because it has a huge community developing on it and because of its low price.

Now, imagine the same features that Codebender offers for the Arduino boards, and now it’s available for the ESP boards, that’s what codebender:esp is.

Here are 5 reasons to back their Kickstarter! 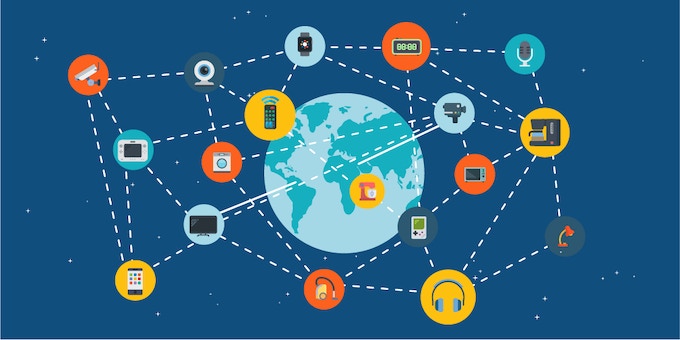 The Espressif chips are known for having amazing hardware capabilities, but they are notorious for the long ramp-up path. codebender:esp gives you a pre-configured environment that runs in the cloud.

That means there’s no setup, just log in, open the IDE and start coding. Connect your device via USB, and program it straight from your browser.

According to their Kickstarter page, Codebender:esp is open to all devices and manufacturers, but their plan is to officially support Adafruit’s HUZZAH and SparkFun’s The Thing boards.

They also promise to support ESP32, and to support both Espressif’s SDKs as well as the ESP8266 Arduino support built by the community.

Quoting Codebender on their Kickstarter page:

“Our goal is to Open Source as much as possible, though we might not be able to open 100% of our technology due to other limitations.

We’re definitely going to Open Source the Over-the-Air infrastructure & Arduino library so that you can run it on your own.

We’ll also release as many parts of the Cloud IDE as we can back to the Eclipse foundation, to be incorporated in the Eclipse Che IDE itself.” 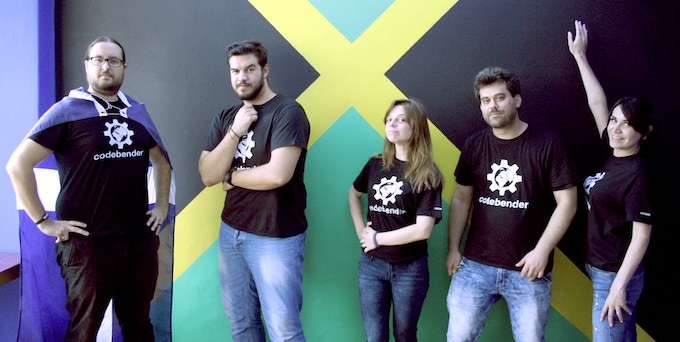 As a Kickstarter backer and creator, I know the troubles that come with shipping and fulfillment of the rewards.

Companies who had previously proven transparency and shipping on time are worth backing. (At 1Sheeld, we are proud that we shipped on time). Other companies have enough credibility in handling shipping and logistics, like Seeed Studio who recently launched Respeaker.

In this case, you don’t have to worry, it’s a software product! We have worked closely with Codebender team and we know their dedication to this project, I am sure they will deliver 🙂

Photo of Vasilis of Codebender.cc (on the left) with me (in the middle) and Ben of Hackster.io (on the right) at the 2014 World Maker Faire in NY

I backed the campaign, I can’t wait to have the tool and I wish Codebender team the best of luck 🙂 Head over to their Kickstarter campaign and catch the Early birds 😉

Arduino Robotics Series, from a car to a robot arm

Arduino keeps standing out from the crowd of all-around development boards due too its ease of use and budget price. As a result, this has enabled almost anyone to get his own idea into life no matter how crazy or even useless to the whole world it was, except for its maker! Also, it has …

How to build an Arduino Robot Arm placed on RC Car

Arduino robots are always funny and definitely more enjoyable when combined with robotic arm! And today, I will walk you through the making of a simple Arduino Robot Arm that’s made of cardboard and how you can attach it over your Arduino Bluetooth RC Car / Robot that you have made so far through this series. …

How to build an Arduino Line Following Robot using Cardboard

Arduino Line Following Robot is one of the easiest and most well-known projects that anyone can make to learn the basics of programming, electronics, and mechanics all in one project. It’s known that this project is common for most of the makers and tech students and today I am going to give it a revisit …

How to build an Arduino Obstacle Avoiding Robot using Cardboard

Back again with another Arduino Bluetooth RC Car tutorial but with an advanced feature that makes your car autonomous by adding ultrasonic sensors to the RC Car you have made before!. Yeah, I know that you may have seen other tutorials using ultrasonic to make the car/robot avoid obstacles ahead, but I am going to …

How to make an Arduino Bluetooth RC Car using Cardboard

Cardboard crafts are one of the most popular and easy to make DIY stuff. Mixing this with the unmatchable enjoyment of RC Cars and the ease of using Arduino, I am going to show you how to make a Cardboard Arduino Bluetooth RC car that you can control via Bluetooth from your smartphone. ﻿ …

Arduino Security Camera Have you ever wanted to check your home in real time? Afraid that maybe someone has stormed in, don’t remember if you shut the door or not or maybe wanna check if your Hyper-energetic dog has broken any of your dishes AGAIN!! 🙂 Then this is the perfect place for you cause today …